This weekend I went up to Chicago in order to drop Bride off for her Ireland trip (hopefully she will update everyone on her journeys).  While up there I figured I might as well not waste a trip so I should get in a good bike ride while up there.  I studied what bike paths were available and asked some friends for their suggestions.  The North Branch Trail seemed to be the best one for the distance that I wanted to ride, as well as for being close to where I was staying near O’Hare international airport.

The day was pretty cold for May (temp at the start was 46 degrees) but since when did Chicago actually listen to the seasons when it came to its weather.  I decided to wear my long sleeve jersey but I wore it over my tri-suit rather than wearing pants.  I figured once I got going I would warm up.

Over the first few miles I realized there was a steady wind coming from the north that I would have to compete with for the first half of the ride before turning back south at the end.  The wind, plus the cool temperatures made the ride a lot more uncomfortable than it would have been otherwise.  With that being said, after I got going and warmed up I welcomed the challenge of the wind.

The trail was in great shape.  It was paved the whole way and even had an extra horse trail that paralleled the path, including have a few crossovers during the northern half of the trail.   Throughout most of the ride you are riding on a path covered by tree canopy connecting multiple parks following the North Branch of the Chicago River.  Below is a video of a small section of the path to show what great shape the path is in:

After riding approximately 13 miles north you get to ride around the Skokie Lagoons in an adjoining 4.2 mile trail before heading back south 13 miles back to Caldwell woods. (The video of my ride around the lagoons is directly below.)  I would love to do this ride again later in the summer as a 50 or 60 mile ride since it would be easy to complete two laps while being able to stop at the car to refill at the half way point if it is necessary.

Lastly, the quality of this trail has made me want to ride on many of the other trails around Chicago.  Although many are not long enough to be attractive for many of my rides, there are a few others that I would love to try eventually. 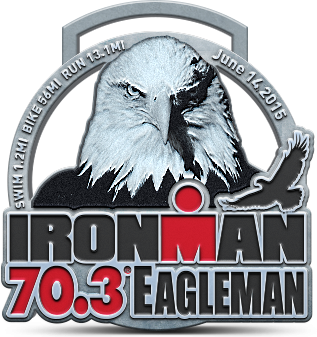